Ballina Shire Council is about to embark on a major upgrade to the intersection of Skennars Head Road and The Coast Road.

Council’s Group Manager Civil Services, Mr John Truman, explained that due to the accident history of this intersection, the Roads and Maritime Services (RMS) will fully fund the project, estimated to be $2 million, under their ‘Safer Roads’ program.

“The project will commence Friday 3 March 2017 and will include the construction of a new roundabout, reduction in road gradients, and the lowering of speed limits all aimed at improving motorist safety”, said Mr Truman.

“The project will also see improved road alignments and a reduction in speed limits to 60 kmph, and will also allow for safer exiting for motorists entering The Coast Road from Skennars Head Road.

“The majority of works will be undertaken adjacent to the existing intersection, which will minimise road closures; however motorists should expect a road closure to facilitate the completion of works. Council will provide the community with information on the timing of any closure and alternative routes as the project progresses,” concluded Mr Truman.

Further information on the project can be found on Councils website ballina.nsw.gov.au (search Skennars Head roundabout). 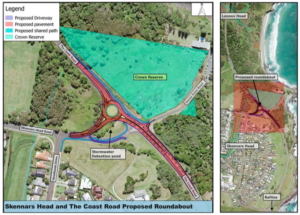 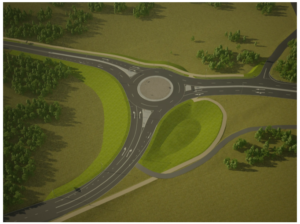